Home / Latest News / Can They Be Trusted? 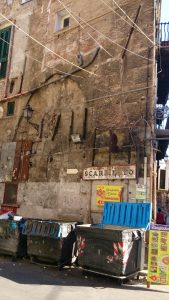 No doubt you’ve read the FDA notification announcing the pet food industry is deemed “vital,” therefore it will have reprieve during these critical times. In fact, the notice was picked up by a general pet food industry journal with over-confident reporting that should give us all pause for concern.

Short term, thinking about inspections, it’s good to know that the inspectors will not be in food facilities such that they will not be transmitting disease to our staff and coworkers. Along those lines, each manufacturer should have a written policy in place as part of their food safety plan that no outside personnel will be admitted into a food preparation facility for routine procedures during times of national health crisis.

And let’s be real, nobody likes to be inspected – every manufacturer will relish the reprieve from physical inspection.

Lest you dismiss this post, let’s re-read the statements by the FDA: “we have temporarily postponed all domestic routine surveillance facility inspections”

“all domestic for-cause inspection assignments will be evaluated and will proceed if mission-critical.” (emphasis added)

Who is public enemy number one in the eyes of the FDA/CVM/OSC (Center for Veterinary Medicine/Office of Surveillance and Compliance)? Fresh pet food – specifically – raw pet food.

No where in the above notice does the FDA say they won’t be sampling product. If product is sampled, found to have a bacterium, then the regulators get what they consider to be a “for cause” or “mission critical” situation.

It would be naive to assume the FDA is going to stop sampling product in the field – after all, buying pet food is a critical activity, it must be protected. Fortunately, Next Gen PFMA member manufacturers have never used ingredients which might be questionable; conventional pet food (kibble and canned) can’t make the same claim.

Let’s return to discussion of the public notices, with consideration for the language of what’s been reported.

Specifically, to ensure “continuity of functions critical to public health and safety, as well as economic and national security” pet food facilities will not be inspected during the crisis. What is being talked about? Are we talking about feeding our nation’s pets? Or are we talking about keeping the waste system moving to protect public health?

Consider the common ingredients available for the conventional pet food (kibble and canned) supply. As typical pet food, not that which is manufactured by our members, is a waste product of the human food industry, what are the ingredient suppliers (the renderers, let’s be specific) being inundated with now? What will be in the conventional pet food? It’s not being inspected – the FDA and Department of Homeland Security just told us that.

Long term – who will know? Due to trade embargoes, supply limitations, and altered production of typical feed ingredients, how does anybody know that what is going into the pet food is what is supposed to be there? Because it’s not going to be regulated.

Meanwhile, who knows what waste will be allowed into the conventional pet food chain.

Now is the time to communicate with your customers: what do you do to protect their pets? Your customer needs to know.

Previous What Happened to the CPG Regarding Salmonella in Animal Food?
Next FDA/CVM Hosts Call for Pet Food Manufacturers re: COVID-19