Home / Latest News / What Happened at the USDA/FSIS/FDA/CDC Salmonella Meeting? 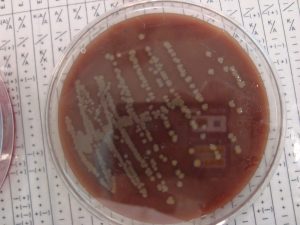 As we reported in August, the new Undersecretary of Food Safety, Dr Mindy Brashears, was to host a meeting about the state of the food industry as pertains to Salmonella on September 22, 2020. As a stakeholder organization, Next Gen PFMA made a public statement as well as posted its official statement in the Federal Register.

Next Gen’s prepared statement was a joint effort created between nearly a dozen pet food manufacturer members to communicate the frustration members deal with each day in transforming USDA certified and passed ingredients into an FDA regulated commodity being held to a zero tolerance opinion.

While the meeting was a general update on the entire food industry, it is interesting that most of the comments to date in the Federal Register pertain to pet food. Presenters discussed lack of change in Salmonella infection rates over the last 30 years. The food safety community has set a new goal to reduce Salmonella infections in humans by the year 2035. Consumer food handling habits may be the most critical step in reducing human infections. A follow-on meeting scheduled for tomorrow, October 6, 2020: Food Safety: Consumer Outreach and Education Today and for the Future (October 6, 2020). You may register here.

The transcript and recording are not yet available but will be found here.

Our statement pertaining to the Salmonella meeting is reprinted below:

I am Dr Cathy Alinovi, retired veterinarian and epidemiologist, now the executive director of Next Generation Pet Food Manufacturers Association. Next Gen PFMA is a 501c3 dedicated to supporting manufacturers of fresh pet food. Our member companies use the same ingredients in their pet foods that are used for human food. Our pet foods are raw or gently cooked, in contrast to mainstream pet foods such as dry kibble or canned food.

Our manufacturers are in a unique position as they deal with USDA passed product which is then held to a different standard under FDA jurisdiction. Raw pet food, while ready to eat for pets, is not ready to eat for human consumption yet is held to the latter standard. Furthermore, it is unprecedented to regulate a product based on its potential impact to a non-intended end consumer as is currently being done by the FDA.

Our manufacturers’ products consist of USDA inspected and passed ingredients, which under USDA rule may legally contain trace bacteria. Such bacteria have been determined by the Supreme Court to be inherent to the components, thus not an adulterant as defined by the Federal Food Drug and Cosmetic Act. Once these USDA ingredients are renamed as pet food, however, they enter FDA jurisdiction. These pet food products are then deemed adulterated by the FDA due to their zero tolerance opinion regarding the presence for any bacteria. Manufacturers are held responsible for the presence of an inherent compound as if they had added it intentionally.

We are asking for two changes to the regulatory environment for our manufacturers’ products:
First, these two agencies must develop consistent risk-based standards for Salmonella, so that raw materials producers and finished product producers are held to the same standard. Lack of consistency in the existing standards places a unique and undue burden on raw pet food manufacturers. No other industry experiences similar regulatory disparity .

Second, we believe tolerance levels for Salmonella, both in raw materials and in finished raw pet food, should be based solely on the risk to the intended consumer. According to the Federal Food Drug and Cosmetic Act, a food is not considered adulterated if the bacteria present do not “ordinarily” affect the intended consumer. The intended consumers of raw pet food are dogs and cats species which ordinarily tolerate trace levels of bacteria. But the FDA regulates our products based on potential consequences to the most vulnerable human populations – the young, the elderly, and the immune-compromised. While no one wants a child to become sick from handling raw meat, our manufacturers’ raw pet food products are no more “risky” than any other raw meat product intended for human consumption. That meat, and the meat contained in the raw pet food likely come from identical sources, and may be side by side in the refrigerator. Yet, the meat is allowed to contain certain levels of background bacteria while the raw pet food is regulated to the level of zero. No other industry is held to this double standard.

The raw and fresh pet food industry is a bona fide pet food category deserving of consideration and involvement during any rulemaking process that affects fresh, USDA inspected and passed meats. Our industry is fully supportive of efforts to ensure manufacturing practices consistently limit contamination pathogens, such as Salmonella contamination. But demands to eliminate an inherent component from raw materials without demonstrating that the presence of that component is harmful to the intended consumer shows intolerable bias against our industry. For this reason, we ask to be held to the same standard as the rest of the raw meat industry.

Due to the coronavirus pandemic, yet another national meeting has turned virtual. AAFCO will meet …