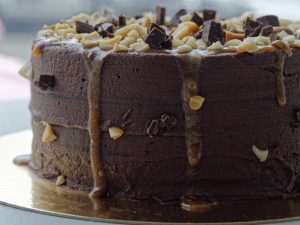 Interesting mix of topics at day one of the midyear AAFCO meeting.

To start the meeting off, we had a guest speaker whose moniker is “farm babe.“ While I disparage her nickname, because I think it belittles her personal image, she does have a great perspective in that we are all doing our best. What I think is best may not be what you think is best may not be what someone else thinks is best. And that’s what we need to communicate with our public. Not only manufacturers, distributors, retailers, trade associations, or consumers, even regulatory authorities, such as those who participate in AAFCO, do well to communicate best practices and best intentions. Transparently.

The day’s relevant sessions ended with a few discussions at the Model Bill Regulatory Committee (MBRC) – starting with a historical reminder of the original purpose of AAFCO: to create uniformity to aid in interstate feed/animal food sales. For this reason, MBRC works to produce an written example that all states can follow – it is housed in the AAFCO Official Publication as the Model Bill.

If someone doesn’t agree with the Model Bill, there is a process to make changes – which is why Next Gen PFMA, along with other industry trade groups, is a welcome committee advisor at AAFCO – we are all working together to make things better, each in our own way.

The MBRC chair led a philosophical discussion about state regulatory processes. Those states that adopt specific feed regulatory language have a more arduous task than those states who adopt by rule. In the latter case, state rules are always current as the rules are updated. As long as everyone agrees with the changes in the referenced rules, this works. States with specific language must go through the legislative process with each change; given it took 6 years to update the model regulations for one topic (large size dogs) imagine how long it takes for the ripple effect to happen at the state level.

Icing on today’s cake: several regulators commented they were happy to see that all who wanted to come to the meeting could. We are not alone in supporting the real pet food industry.